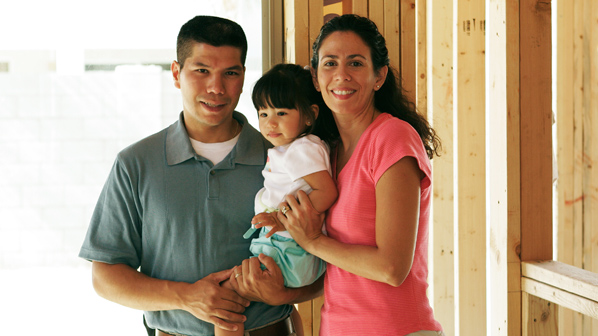 Financial services are the plumbing of our financial lives. They are the critical infrastructure that enable and support financial stability. Consumer finance practitioners often speak of the “pipes” or “rails” that move money, extend credit, and keep savings and investments safe. Just as communities struggle without access to credit for homeowners and small businesses, consumers struggle to save and build assets without institutional mechanisms.1

An estimated 30 million American households—one out of every four—lack this plumbing.2 They lack access to the kinds of high-quality financial products and services that enable them to save, build assets, and achieve financial prosperity. Roughly one-third of these households are unbanked, meaning they have no checking or savings account with a bank or credit union. The remaining two-thirds are underbanked. They may have an account, but they are not using it to its fullest, and instead rely on a broad array of money-service businesses to meet their short-term needs.

Further, an estimated 42 percent of financially underserved households also face challenges in accessing traditional forms of credit because they have insufficient credit history.3 Access to credit overall has become more limited since the Great Recession. As of 2010, an estimated 52 percent of the U.S. population had a FICO score below 600, representing a shift of 16 million people from “average” to damaged credit in just four years.4

Although unbanked and underbanked consumers are a large group representing a variety of behavioral and attitudinal segments, they are more likely to have lower incomes, be ethnic minorities, and have less education.5 Yet this is not just a problem of the poor. The financial crisis and resulting foreclosure, unemployment, and financial deleveraging have exacerbated financial dislocation, affecting a wide range of households whose incomes masked weak balance sheets.6 For instance, a recent study showed that nearly one-half of the households surveyed could not come up with $2,000 in 30 days, including 25 percent of the households earning $100,000 to $150,000 a year.7

Although financial exclusion and the resulting financial fragility appear to be an increasingly broad-based problem, it is a plight that continues to fall most heavily on lower-income and minority families with children. They are more at risk financially because they disproportionally lack steady income, savings and assets, and financial capability. Moreover, they are more likely to live in communities that offer less access to high-quality financial products and providers.

Participating in the financial mainstream and having the information and tools to manage money effectively in the short-term is a prerequisite for longer term saving and asset-building. Financially healthy households in turn yield healthy communities and vibrant economies. Consumers who rely primarily on cash spend extra time and money conducting basic financial transactions, creating friction and inefficiencies. Without appropriate incentives to encourage savings and a safe place to store funds, consumers lack a financial cushion to weather crises. Lack of access to formal financial networks also makes it more difficult to build a strong credit history, increasing the cost of credit and, for some, putting it out of reach entirely.

Despite the importance of financial services to household and community stability, basic financial products are often designed, marketed, and delivered in ways that fail to meet the needs, interests, and abilities of average consumers. They have requirements and minimums that are out of reach for those with lower incomes. They lack transparent pricing and terms and are increasingly complicated to use and understand. They often fail to provide consumers living paycheck to paycheck with immediate and convenient access to their money. They are marketed with poorly tailored messages and sold in locations that are intimidating, with operating hours that are inconvenient for many working families. They are underwritten with tools that cannot properly evaluate consumers with thin or nonexistent credit histories. Small mistakes can have enormous consequences, with consumers being shut out the system completely.

The emergence of the individual development account (IDA) is often credited as the moment when the community development field widened its focus beyond “place” to “people” by demonstrating the importance of individual assets in alleviating poverty. IDAs also had a different, unintended consequence: They demonstrated the importance of financial services in the asset-building equation. Research by Michael Sherraden, the grandfather of the IDA movement, showed the importance of formal financial mechanisms in facilitating savings. Simultaneously, grassroots efforts showed just how difficult it could be for some consumers to qualify for, open, and manage a basic bank account. Local nonprofit organizations had experience working with local banks on mortgage and small business lending; IDAs led them to the other side of the bank’s balance sheet. The hundreds of grassroots organizations around the country that went on to launch IDA programs found themselves negotiating with local banks over the structure and price of bank accounts and learning about the systems and processes banks use to open and manage those accounts. Through financial education and one-on-one counseling with clients, they also learned just how financially fragile many were.

As IDAs were gaining in popularity in the mid-1990s, the federal government stumbled on the problem of the unbanked when it sought to deliver all federal benefits through direct deposit, only to discover that millions of benefit recipients had no account. To develop a strategy for dealing with this problem, the U.S. Treasury Department commissioned research that led to a better understanding of why people did not have bank accounts. Despite this increased recognition of the unbanked, the Treasury’s ultimate solution, the Electronic Transfer Account, did little to move significant numbers of benefit recipients to direct deposit. But because of the importance of basic bank accounts to the IDA model, a broader constituency became interested in the problem.

At the same time, the nonbank financial services sector was growing rapidly. For example, the number of payday lending stores grew from a few hundred outlets in the mid-1990s to more than 10,000 by 2000. The number of pawnshops increased from about 4,800 in 1986 to more than 11,600 in 2003.8 Check-cashing outlets proliferated. This shadow banking system demonstrated that lower-income consumers had pent-up demand for financial services, and that they had money to spend. Unfortunately, it also became clear that predatory providers were stripping wealth from consumers and communities.

The 2000 and 2010 U.S. Census showed significant growth in the size of the Latino population, helping banks and credit unions recognize unbanked consumers as an untapped opportunity. The Latino population has more than doubled since 1990 and now totals 50.5 million, or 16 percent of the U.S. population, and as many as 43 percent are financially underserved.9 These changes, coupled with the fact that nonbank providers were serving the market profitably, caused banks to focus more attention and resources on Latinos and other minority communities. A few banks and credit unions sought to leverage the growing distribution channel offered by alternative players by buying nonbank companies, partnering with them, or adding alternative products to their traditional product lines. Numerous banks began accepting government identification from Mexico and other Latin American countries in order to authenticate new customers, while the largest banks rolled out new remittance products. Underlying all these trends was the technology boom, which continues unabated today.

THE TECHNOLOGY REVOLUTION: OPPORTUNITIES AND ISSUES

It is difficult to overstate the changes and opportunities wrought by the technology revolution in financial services of the last 15 years. Technology-led innovation has yielded new products, marketing methods, underwriting mechanisms, and communication tools. The expansion of automated teller machines, the introduction of debit cards and point-of-sale terminals, and the emergence of online banking all offer new access points and reduced delivery costs that hold promise for reaching lower-income consumers. Technology can eliminate the barriers of time and distance, enabling people to move their money anytime, anywhere.

As the pace of development in financial technology has increased, so too has access to technology among the underserved. In 2000, a Pew Research Center survey found that 30 percent of adults with annual household incomes under $30,000 reported going online to access the internet or send email. By 2012, this number had more than doubled.10 But the real story is the penetration of mobile phones, and in particular smartphones, which are becoming the device of choice for online access for the underserved and people of color. Today, nearly 90 percent of Americans own a mobile phone; 78 percent of financially underserved consumers have one. In 2012, smartphone users outnumbered users of more basic mobile phones. As a part of the overall trend, 38 percent of the underserved now own smart-phones, compared to nearly 45 percent for Americans as a whole. Among African Americans and Hispanics, smartphone ownership rates are slightly higher than for the general population.11

Financial services providers are capitalizing on the trend, with traditional depositories and their nonbank competitors introducing a bevy of mobile banking interfaces and payment platforms that can be accessed on all types of phones. While mobile financial services are designed to appeal to consumers across the income spectrum, the channel has considerable potential to provide services to underserved and lower-income consumers to encourage saving, debt reduction, and improved financial decision-making.

Technology also has expanded the playing field beyond banks and credit unions. Retailers, technology companies, and others have entered the market with new and innovative business models aimed at the underbanked market, thus increasing competition. Companies once considered financial services vendors, providing products for banks to use, are now marketing their products directly to consumers or using other nonbank firms, such as retailers or employers, to market them. More nonprofit organizations are exploring links between the services they provide and the financial health and capability of their clients, and some are beginning to form product marketing and distribution partnerships with financial providers. In addition, a new category of technology “enablers” has emerged, providing enhanced platforms for reaching consumers and moving funds. Companies like Google, PayPal, and Facebook are moving into financial services, largely as payment facilitators, but with the potential for far broader roles. There is also tremendous energy among financial technology entrepreneurs to combine mobile technology and social media to tap into the “power of the crowd” to provide peer support and incentives and make money management fun.

Banks are adopting many of these same technologies, but their ability and willingness to reach and serve financially underserved consumers, at least directly, remains in question. Although the technology by itself can reduce transaction costs, banks are piling that technology onto legacy systems and branch networks that are expensive and inefficient, resulting in costs-to-serve that far exceed the likely revenue they can generate in the short term from lower-income customers. Moreover, underserved consumers are not well understood by most banks and are often assumed to be “subprime,” which has become a dirty word in the wake of the mortgage meltdown.

The emergence of new providers and distribution channels does not mean that banks and credit unions are no longer important partners. At a minimum, their “plumbing” is critical. One positive scenario would be for more banks to manufacture products for underserved consumers that can be distributed by other businesses and organizations, serving as the “back end” and letting someone else be the front door.

The question is what role banks should play in these relationships. Technology is shifting financial services from an institution-centric model to a customer-centric model. Do consumers need a financial “hub” to knit together the various products and services into a coherent quilt? Banks have always been the intermediary, and they still will be for many consumers. Today, however, many others are vying for the role. Understanding what models work best for linking basic transactions with high-quality saving and borrowing opportunities will be critical to effectively answering this question.

Jennifer Tescher is the president and CEO for the Center for Financial Services Innovation, which aims to transform the financial services experience in America. Ms. Tescher serves as a member of the Board of Directors for Credit Builders Alliance and is a member of Bank of America’s National Community Advisory... Read more