The World Has Changed and So Must We 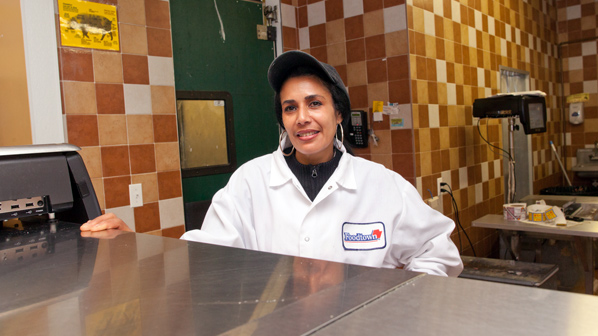 Like other American foundations, the F. B. Heron Foundation has for years focused on helping families at the bottom of the economic and social scale—inheritors of persistent poverty, racial and ethnic discrimination, social and geographic isolation, and various failures in markets, social policies, and safety nets. The goal has been to equip them to join what progressive reformers confidently called “the mainstream.” As have others, we have concentrated on helping lower-income families purchase homes and acquire assets, the cornerstones of the “ownership society” that was one of few values on which the American left and right could generally agree. We also sought to help disadvantaged families develop the financial skills necessary to save, borrow wisely, manage budgets and assets, and survive periods of economic stress. These were all useful, often successful efforts. But they were based on a view of social need that presumed the existence of a healthy and growing labor market—a reliable mainstream that, if it could be entered, would flow steadily toward prosperity, or at least toward fair opportunity that provided employment and with it, steady income.

That view had become comfortable for foundations and government alike, for two reasons. First, for a few decades it was true, and many families and communities were made materially better off by the opportunities that this approach helped to open up for them. But second, this view was soothing because we had grown used to it, and it carried the reassuring promise of a happy ending—a persuasive connection between philanthropic, for-profit, and government initiatives and expanding economic and social opportunity on which a generation of orderly logic models and theories of change relied.

This calm contentment has been shattered: more Americans experience poverty today than at any time in the 53 years the Census Bureau has published such figures, and in 2010 the percentage of Americans living below the poverty line (a household income of $22,314 for a family of four) was at its highest level since 1993.2We have come to conclude that unfortunately, our comfortable habit appears to have outlasted the accuracy of the premises on which it was founded, and in the process has grown less useful year by year. The world has changed, and so must we. It’s time for a new approach.

The premises on which most of the economic access and opportunity strategies were based were in many ways drawn from a post–World War II story. This story featured steady expansion in industrial employment, mass upward mobility (or at least opportunity) across the social ladder, ever-broadening homeownership and accumulation of assets, escalating rewards for education and hard work, and a concentration of economic hardship and social disadvantage in a small but persistent “underclass.”

That blend of widespread opportunity and marginal poverty is plainly over. For the great bulk of the U.S. population, social and economic mobility have been stagnant for decades. Industrial and technological advances now lead as often to reductions in employment as to increases. Loyalty, diligence, and a history of regular promotions no longer inoculate most workers from the risk of sudden, enduring unemployment that raises the odds of lasting poverty. Employment at a living wage is neither reliable nor commonplace. Poverty is structural, not marginal.

In its current state, our economy isn’t likely to reverse these trends. A particularly hair-raising study, “An Economy that Works: Job Creation and America’s Future,” issued by the McKinsey Global Institute in June 2011, intones a litany of daunting statistics: “7 million decline in the number of US jobs since December 2007… 60 months projected length of ‘jobless recovery’… 20 percent of men in the population not working today, up from 7 percent in 1970 … 23 percent drop in rate of new business creation since 2007, resulting in as many as 1.8 million fewer jobs, and 58 percent of employers say that they will hire more temporary and part-time workers.” The executive summary goes on to say, “only in the most optimistic scenario will the United States return to full employment (5 percent unemployment) before 2020.” Possibly the most worrisome findings are that we have experienced lengthening “jobless recoveries” from recessions in the past two decades, coupled with a documented mismatch of predicted opportunities with the available skills and education levels of U.S. workers.3

An economy capable of offering a job to every willing worker, or at least to every household—as well as a workforce capable of seizing the available opportunities—is a fundamental prerequisite to achieve most other societal aspirations. Conversely, lack of work invites in a witches’ brew of health, educational, and social problems that accelerate one’s spiral into poverty.

Indeed, beyond the mere availability of work, the nature of work itself is changing, with temporary, contingent, or episodic employment dominating the working years of more and more people. And, as I noted above, jobs in some industries are more complex and demanding. By itself, a high school diploma—the great goal of social reformers for half a century—is now more a guarantor of severely limited opportunity than of possible advancement. The extranational job flight, now driven primarily by lower labor costs abroad, will likely be further accelerated and accentuated by U.S. workers’ lagging skills and education levels.

And yet, in much of American philanthropy and social policy, the old narrative and its familiar assumptions linger on, sometimes questioned but rarely discarded. One result is that despite the widespread structural change transforming the economy, the assumptions behind most antipoverty policy and programs, both in government and in civil society, remain fundamentally unaltered: poverty is an outlier, a temporary condition brought on by temporary conditions in a fundamentally sound system.

A course change in our economic vision, antipoverty strategy, and day-to-day tactics must overcome two limiting narratives. The first is that access strategies alone—appropriate to marginal but not to structural poverty—are adequate. They are not. The second claims that we must tolerate expanded poverty and income inequality as the price of economic globalization, coupled with the equally dour view that government programs for the poor are the only route out of poverty. Neither narrative acknowledges the need to rebalance the economy itself so it can fulfill three fundamental American promises: full livelihood, democracy, and opportunity for all. To invest in the building blocks of that economy and to ensure the basics of entry are critical responsibilities not only of philanthropic institutions and government but also of banks and businesses. We plan to engage accordingly.

The notion that our society must move backward economically and socially to compete in a global economy is mistaken. Technological and social innovation—from information to biotech to enterprise evolution—will change the nature of work, community, opportunity, and philanthropy. As the mainstream evolves, we must invest in models of innovation that share future value with those now excluded or unserved, and at the center of this proposition is work. The first and most fundamental prerequisite to helping people help themselves out of poverty is reliable work for adequate pay. A corollary to this belief is that economic and technological innovation must include and enrich people and communities in poverty.

Delivering on this promise is not beyond our reach. We believe that we can realize an economic vision for a more universally prosperous society, one that supports democratic pluralism and civic vibrancy, provides dependable work for adequate pay, protects the most vulnerable, and successfully competes in the global market. This approach emphasizes investment in small and midsized enterprises, a strengthening of the direct connection of local and regional economies with global as well as local and regional markets, and the primacy of reliable revenue (as opposed to a default position favoring investment in fixed assets, such as real estate) in economic development strategies. In a sense, this pragmatic middle represents nothing more than a revitalization of America’s traditional vision of an economy that delivers value and opportunity to a larger rather than a smaller number of workers and stakeholders.

“BUSINESS AS USUAL” MUST CHANGE

If our field is to address a more fundamental set of issues, our tactics must change, broadening our approach to go beyond a traditional set of activities. Admittedly, this emerging approach lacks some of the theoretical certainty of the dominant view, which sees access and ownership strategies as reliable steps into mainstream opportunity. Yet given the reality that access strategies have been helpful but not adequate, we must be intentionally experimental. Only by rigorously questioning and transcending our own cherished assumptions will we progress. Our path at F. B. Heron represents an effort to do so.

How might philanthropy realistically contribute? We know that neither the F. B. Heron Foundation, nor philanthropy, nor the nonprofit sector, nor government can take on these issues alone. Furthermore, we believe that these problems and their solutions are interconnected. Not only is “changing the economy” unattainable by one actor, the dominant context for our work is a range of mega-problems in the environment, health, global security, and civil society (to name just a few) that expands and accelerates the challenge. Business as usual—with respect to both strategy and the way we operate as a foundation—is no longer an option.

The urgency and size of the problems we face require that we work differently. Everything at our disposal is now a mission-critical resource. Grants are one tool but not the only tool we have at our disposal, and to define ourselves primarily as a grantmaking foundation is limiting. Endowments have always been a source of investable capital for fostering businesses, industries, and nonprofit organizations that may be able to help in overcoming the new economic challenges. This foundation along with others has made such investments for years, but we must do more. Philanthropy’s financial toolkit should include every investment instrument, all asset classes, and all enterprise types.

The way we deploy capital and the assumptions and approaches we use to do so can in themselves make a difference. We plan to invest 100 percent of our endowment, as well as other forms of capital, for mission. Beyond money, we are obligated to deploy all of the resources at our disposal—capital, revenue, ideas, talents, influence, and natural allies—toward the broad, multi-sector approach which will be necessary for the pursuit of goals that are, admittedly, much bigger than those we have pursued in the past. Philanthropy’s collective talents and influence provide valuable intellectual and social capital alongside its money. We will not only wield all our capital to the fullest, we will affirmatively and reflexively seek opportunities to influence and be influenced by others through co-investment, advocacy, and example.

Beyond the scope and scale of our financial capital investment, we will operate differently as a foundation, a prerequisite to the broader market engagement we seek. Here are some of the actions we are taking:

REBALANCE TO A FOCUS ON WORK AND INCOME

Our belief, at this stage, is that our financial capital investment will focus first on opportunities that, above all, add jobs to the economy and help combat persistent poverty and unemployment. Other investments would focus on influence through public companies and partnerships and on innovation/effectiveness in work and opportunity for low income people through nonprofits, cooperatives, hybrids, and for-profits with “mission first” orientations. We are encouraged that progress along these lines is already underway: we are seeing a diverse universe of opportunity in proven industries refreshed by new technology; place-based commercial “supply chains” powered by institutions and businesses; and experimentation with reimagined community economies, business types, technologies, and forms of employment. Companies along the spectrum of size and tax status are paying attention to a broader value proposition.

Clara Miller is president of the F. B. Heron Foundation in New York City, a private foundation dedicated to helping low-income people and communities help themselves. Previously, Miller founded and spent 27 years as President and CEO of the Nonprofit Finance Fund. Miller serves on the boards of GuideStar, PopTech... Read more

The World Has Changed and So Must We