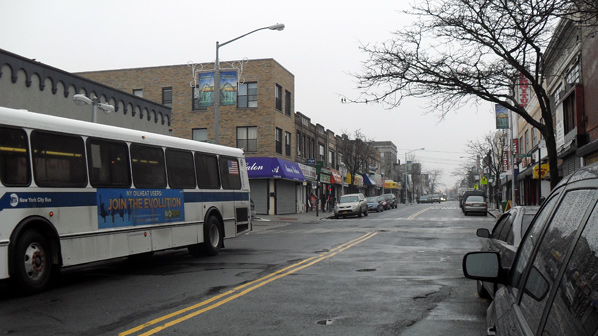 The steady dispersion of people and jobs across core cities, suburbs, and exurbs has contributed to more fragmented lifestyles, with people often living in one neighborhood, working in another, and shopping and recreating in another. There are myriad reasons for this fragmentation of land use. They include the initial drivers of suburbanization, such as the GI Bill, which made mortgages cheaper in the suburbs (at least for those who weren’t redlined out), the separation of land uses in response to contamination by industry in the mid-20th century, the expansion of the highway system and the attendant white flight to the suburbs, and the relative ease of building on greenfields versus more complicated infill development in existing urbanized areas. Today, the quality of people’s lives is increasingly influenced by the time and resources it takes to get where they need to go throughout the day and their ability to access the jobs, educational opportunities, and other life essentials that are located throughout the region where they live and interact.

This reality is particularly true for people living on the economic margins, many of whom are finding access to gainful employment literally out of reach. Well-paying jobs that were once available for employees with a high school diploma or less are much harder to come by. Furthermore, a growing spatial mismatch has occurred between where people live and where jobs of any skill level are located. When one-half or fewer of the jobs in a region are located near transit, workers who cannot afford a car are further challenged in accessing economic opportunity. As many of the contributing authors of this book have expressed, it has become clear that neighborhood- or county-based approaches to poverty alleviation have not effectively addressed the systemic challenges poor people face when trying to improve their quality of life.

We are necessarily entering a new era of community development that embraces the role of transportation and mobility options in connecting people to opportunity, as well as the role of policy at the local, regional, state, and federal levels in supporting comprehensive approaches that address the problematic underpinnings of the new and dispersed landscape of poverty and opportunity. Taking into account the major demographic shifts underway across the country—the aging baby boom population, which will begin to experience limited mobility; the rise in single-person households; a 23 percent drop in miles driven for the 16- to 34-year-old age group in the last decade; and the fact that the majority of youth in America are children of color—the community development field must in turn undergo its own shifts, refocusing efforts to recognize that our cities and regions must accommodate the changing needs of all Americans.1

Location matters when considering successful community and economic development strategies in both a local and a regional context. The term “transit-oriented development” (TOD) is most often used to describe this integration of transportation and land use and the improved social, economic, health, and environmental outcomes that can result by locating housing, jobs, and other activities near quality transit. We think TOD is just good community development.

There is little dispute that growth patterns in American communities during the past 60 years have not served the poor well. As Alan Berube discusses in this volume, sprawl and the growing inequality between the haves and have-nots have led to more intense concentrations of poverty among the very poor, with poverty becoming more “equal opportunity” through growth in suburban and rural communities. Many of the low- and moderate-income individuals and families who have moved to the suburbs in search of home ownership opportunities and improved amenities are now spending more of their limited income on transportation—a much more volatile expense—than they are on housing.2 In many cases, people are finding themselves living in isolated conditions, dependent on their car, family members, or infrequent public transportation to access services and meet daily needs.

The fragmentation of the core elements of our day-to-day lives requires people to make lifestyle choices on the basis of what are now competing factors, including housing, quality education, and employment. Increasingly, individuals and families are finding they must choose one over the others because many of our communities no longer have that combination of elements that make them “complete,” including affordable housing, good schools, safe streets, low crime, parks and recreation, quality transportation, amenities and services, and jobs for people of different skill levels. Of course, it’s always been difficult to ensure that complete communities are accessible to people of all incomes, but the trends in zoning, disinvestment, economic polarization, and an auto-oriented culture have made successful community development a truly uphill battle. The result is that for the transit-dependent, largely made up of the poor, the elderly, and the disabled, just getting to their jobs, doctor’s appointments, or the grocery store can be exhausting.

Turning the tide on the growth of poverty and rising inequalities will require interdisciplinary approaches to community and economic development that better connect people and places, and in the process make their lives easier and more affordable, reduce congestion, improve air quality, and make our regions more economically competitive, socially equitable, and environmentally sustainable. To accomplish this requires the diverse parties involved in community development to understand the connection of local conditions and needs to regional actions and investment. Although the community development field has often defined success as the ability to pool capital and build an affordable housing development or an on-site day care center, this new paradigm requires that every place-based effort or project be tied to a broader regional framework that understands where people need to go and how they get there. This approach requires working with local and regional stakeholders involved in transportation and land use planning, economic development, health, and other disciplines.

CHANGING THE RULES OF THE GAME

The old rules of the game did not encourage interdisciplinary approaches among practitioners of community and economic development, transportation, workforce development, education, and health and business, among others. When Shaun Donovan, Secretary of the U.S. Department of Housing and Urban Development (HUD), stated he was going to “put the UD back in HUD,” he was referring to the separation of housing departments and housing developers from broader urban planning activities. The housing community has been focused on generating the much-needed resources and entitlements to build housing projects, but it has disengaged as a result from broader strategies that could comprehensively improve the livelihoods of their constituents, which includes affordable living, not just affordable housing. Not only have the existing rules of the game served to partition disciplines and the financial tools to alleviate poverty, but they have also served to distort and thwart people’s perspectives on what is possible.

Successful TOD by its very nature requires active collaboration among elected officials, transit planners, housing department professionals, private developers, philanthropic leaders, community development financial institutions, and community advocates, to name a few. TOD is operationalized at all levels, including through federal and state policy, through regional guidance and incentives, and through local station-area planning and project delivery. Community development professionals can reach better outcomes when they understand the role of each stakeholder and their varying emphasis on policy and investments at these different scales. The game only changes when we align and coordinate processes that operate on different timelines and scales, such as transportation planning (long-term and regional scale) and housing development (short-term and project scale).

This is especially true in the transportation arena, not traditionally a focus area of community development activities. A strong case can be made that shoring up our existing transit systems with supportive infrastructure and dependable operating budgets can positively affect the quality of life for the poor and the transit-dependent, the most vulnerable to changes in transit service. Supportive TOD that includes affordable housing and a mix of services and amenities, and links up to important destinations can be a linchpin in helping the working poor improve their quality of life. New transit corridors and existing transit services need to be provided where equitable outcomes associated with TOD can best be realized. With that in mind, community development practitioners can play a critical role in influencing decision-making at the front end to better serve the transit-dependent, the transit user by choice, and people of low- and moderate-incomes. This could include influencing the location decisions of major employers, facilities investments by school districts and hospitals, and strategic for-profit and nonprofit housing development. Ideally, these types of resources would be located in transit-rich locations or along future transit corridors to address the regional spatial mismatch discussed above.

In an era of constrained resources, communities stand a better chance of serving their residents over the long term by playing to community strengths. Critical leaders such as mayors are increasingly realizing that they can no longer support the infrastructure costs of further far-flung fringe development and instead are reinforcing use of existing infrastructure (water, sewage, utilities) wherever possible. Community leaders are considering investments in transportation and TOD to bring new energy and vitality to their downtown and surrounding neighborhoods by leveraging market forces. Using data analysis and mapping to show how a city and its neighborhoods relate and connect to the larger regional economy allows community stakeholders to develop realistic and feasible strategies that build from strength and promote economic resiliency. Asking questions is part of getting to the appropriate solutions: Is our community well positioned to attract new jobs, and is there a way for people to get to them? Are our residents susceptible to displacement once a new transit line comes in? As a bedroom community, what can we do to accommodate more walking and biking? Where should that new grocery store really go to maximize fresh food access for our residents? This analysis and strategy development can also foster education, collaboration, and capacity building—the types of activities that community development leaders can support in addition to capital formation and project delivery.

Some stakeholders may characterize a strategy of focusing and prioritizing investments as choosing winners and losers, but the more politically palatable “spreading the peanut butter” approach most often results in short-term bandages and little longer term, systemic improvements to poverty. Economically, communities that focus on their strengths also can achieve that hard-to-find critical mass of new investment that spurs revitalization. The truth is that every city and community needs to start somewhere, and in a risk-averse economic climate, a strong case can be made to focus initially on neighborhoods that already have good infrastructure in place to support the development of complete communities, ultimately resulting in increased investment in neighborhoods throughout a city.

John Robert Smith is the president and CEO of Reconnecting America. He is the former Mayor of Meridian, Mississippi, and a long-time leader on behalf of passenger rail. He is co-chairman of Transportation for America, a former Chairman of Amtrak’s board, and former member of the National League of Cities... Read more

Allison Brooks is chief of staff at Reconnecting America where she helps guide the strategic direction of the organization, overseeing RA’s programs and partnerships across the United States. Prior to joining RA, Allison served for over six years as a program officer for the Livable Communities Program... Read more