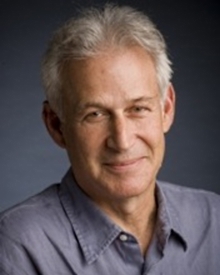 Advances in the science of early childhood development, including its underlying neurobiology, offer an unprecedented opportunity for communities, families, and their partners to bring sharper focus to their efforts on behalf of vulnerable young children.

Jack P. Shonkoff, MD, is the Julius B. Richmond FAMRI Professor of Child Health and Development at the Harvard School of Public Health and Harvard Graduate School of Education; professor of pediatrics at Harvard Medical School and Boston Children’s Hospital; and director of the Center on the Developing Child at Harvard University. He currently chairs the National Scientific Council on the Developing Child and the National Forum on Early Childhood Policy and Programs. He has served as chair of the Board on Children, Youth, and Families at the National Academy of Sciences and headed an Academy blue-ribbon committee that produced the landmark report From Neurons to Neighborhoods: The Science of Early Childhood Development. He has received elected membership to the Institute of Medicine of the National Academy of Sciences, the C. Anderson Aldrich Award in Child Development from the American Academy of Pediatrics, and the Distinguished Contributions to Social Policy Award from the Society for Research in Child Development.

The proposition that local communities can generate innovative strategies to rise out of poverty has a long pedigree. Its roots are embedded in a rich combination of scholarly thought and popular conviction. Its growth is marked by parallel processes of rigorous evaluation and partisan advocacy. A wide variety of place-based initiatives have been inspired by organizing concepts such as collective efficacy and social empowerment and by deep commitments to eliminating structural inequities, combating institutionalized discrimination, building social capital, and advancing social justice…

Follow the Center on the Developing Child at Harvard University