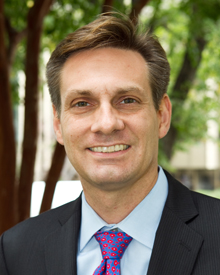 Alan Berube is a senior fellow at the Brookings Institution Metropolitan Policy Program in Washington, DC. In addition to coordinating the Metro Program’s research agenda, Alan conducts research on the role and functions of U.S. metropolitan areas in a globalizing economy, poverty in neighborhoods and suburbs, and educational and skills of metropolitan workers. He has authored dozens of Brookings publications, including State of Metropolitan America: On the Front Lines of Demographic Transformation, and recent editions of the Global MetroMonitor, which tracks the economic performance of the world’s 200 largest metro economies. Prior to joining Brookings in February 2001, Alan was a policy advisor in the Office of Community Development Policy at the U.S. Treasury Department, and a researcher at the Center on Budget and Policy Priorities.

The Gospel according to Matthew quotes Jesus as saying to his disciples, “For you have the poor always with you.” That may well indeed be true. But just like other groups, the poor change over time. Mass distribution of loaves and fishes was arguably an appropriate antipoverty strategy in 30 AD. Today, the needs of the poor, and our expectations for what antipoverty policy should achieve, are radically different…