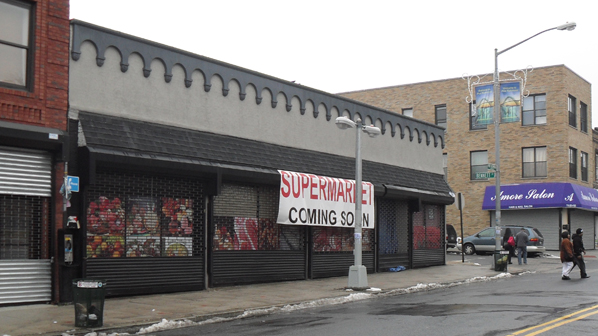 This volume offers a series of views on the future of community development. The future entails developing effective ways to increase human development. Over the last three decades, our industry has made dramatic strides in rebuilding the physical fabric of neighborhoods. It has mobilized people and resources, attracting millions of dollars of investments in affordable housing, urban supermarkets, daycare centers, community centers, and school buildings. New community-police partnerships linked to revitalization strategies have restored a basic sense of safety in urban neighborhoods. In many strong-market cities, we witnessed the virtual elimination of physical blight—trash-strewn vacant lots, abandoned buildings, and crumbling streets and sidewalks are things of the past.

Yet despite great successes in reversing disinvestment, we face persistent poverty and the prevalence of fragile families. In an economy with shrinking opportunity for low-skilled workers, low- and middle-income families struggle in an increasingly difficult landscape. A “back-to-the-city movement” intensifies competition for land and drives up rents, schools continue to fail students, and globalization undermines wide swaths of employment that formerly provided a decent living and a ladder of opportunity for workers without college or advanced degrees.

The combined cost of housing and transportation consumes a large and growing share of household budgets. In my home state of Massachusetts, more than a quarter of working households now pay more than half of their income for rent alone. Food and energy prices rise faster than incomes. And the soaring cost of health care crowds out both vital public spending on safety net issues and productive investments at the city and state levels. Federal and state budget deficits embolden those who advocate for reducing welfare benefits, and increase pressure to cut aid to the poor and investments in upward mobility. These failing ladders of opportunity force attention to systems and structures that create and destroy opportunity.

The central challenge for community developers and their partners is to deploy effective strategies to promote human development. Meeting this challenge requires confronting major systems such as urban education, probation, criminal justice, workforce development, and community colleges. These systems must realign to prepare today’s residents to meet tomorrow’s workforce needs.

The architecture of community development has much to recommend it. It relied on local initiative, a diverse support base consisting of state and local government, financial institutions, philanthropy, and a focus on real results that could be highly leveraged. As I look back, I see a spirit of localism—local solutions at a workable scale—as the engine that brought cities back block by block. The movement was born at a time when cities were in peril, wracked by rampant crime, “arson for profit,” disinvestment, white flight, and a sense of hopelessness. Feeding an organic process of housing development were innovations designed and created as part of a well-integrated infrastructure that brought together public, private, and nonprofit sectors. They offered flexible tools that helped fund market-rate and affordable apartments, homes for purchase, or housing for the homeless. Innovative leaders and national institutions leveraged private financing to the greatest extent practicable to increase the reach of public dollars in different market contexts.

We need to redirect this dynamic, flexible model and capitalize on research and new models in child development, health, education, and employment support. Moreover, problem-solvers need to look beyond the neighborhood, linking to regional economies, regional labor markets, and education and training resources located outside of cities. Community development will continue to find practical solutions to connect communities and capital. Intermediaries like the Local Initiatives Support Corporation (LISC) and Enterprise Community Partners will need to diversify the skill sets and tactics that have successfully created pathways for productive investment in housing and commercial development.

In Comeback Cities, Tony Proscio and I described the dramatic changes that had come to the Bronx. We noted with pride that “from having lived as virtual captives in a neighborhood that everyone fled when they could, residents of the South Bronx had become citizens again, participants in the forces that had restored their community to a livable place. This is significant not only in itself, but even more in light of what was not achieved in the Bronx, and in some places was never even attempted: The poverty rate did not decline…. Participation in the labor force is mostly unchanged…. The South Bronx has not become a middle-class neighborhood…. But it has become something that, in the midst of New York’s stratospheric rents and high-skills job market, is more needed and more valuable: It is a place where lower-income people can live affordably, in tranquility and safety.”1

Financial innovation has been at the core of building this infrastructure. The community development industry grew out of a desire to promote equity and racial justice, and also a recognition that urban disinvestment could be turned around given smart public investments and new tools to seed local initiatives.

Together, these tools formed a system that allowed public-private partnerships to create real change on the ground in neighborhoods. National intermediaries like LISC and Enterprise provided two critical ingredients: first, access to capital and the technical assistance necessary for community development corporations and community-based development organizations to become capable strategic actors and investment-ready partners; and second, the ability to engage state and federal policymakers to promote tweaks in program structures that would enable capital to flow from national pools to targeted local investments.

This effort has been wildly successful. It has financed innovations such as the Low Income Housing Tax Credit, which have provided the bulk of housing and revenues for community development corporations (CDCs). In Massachusetts, CDCs have developed more than 25,000 housing units. Since the early 1990s, LISC’s Retail Initiative (TRI) invested more than $100 million in 59 supermarkets and food markets around the country. That success spurred the creation of the New Markets Tax Credit, which has channeled $30 billion in investments in projects and businesses in low-income communities in all 50 states since 2000.

By engaging the corporate, philanthropic, and government sectors in strong public-private partnerships, the community development industry succeeded in creating a remarkably durable financing system. Its diversified funding base—government, philanthropy, and private-sector investment—and broad constituency are key to this success. In this way, we have built a national infrastructure for improving the poorest neighborhoods. David Erickson aptly chronicles this development in The Housing Policy Revolution: Networks and Neighborhoods.2

What, then, is the future of community development? It lies in turning the architecture we have created to meet urgent challenges of human development. How can we turn a successful community organizing and real estate development system toward the goal of increasing educational outcomes, employment success, family asset building, and individual and community resilience to weather setbacks? As an industry, we need new strategies to face these challenges.

We need to develop potent national intermediaries, like LISC and Enterprise have been for community development, to connect local efforts in education, employment, health promotion, and family asset building with public and philanthropic resources and social-sector investors. For instance, a national intermediary to help cities build cradle-to-career education training structures— like Strive in Cincinnati or the Opportunity Agenda in Boston— could perform some of the essential functions that community development intermediaries have performed, such as providing incentives for additional cities to start programs, elevating best practices, connecting local efforts to national sources of support, and exerting influence over public policy at the national level.

It is unclear how such an effort will ultimately be financed, but philanthropic seed capital will be crucial, as it has been for many social innovations. Keep in mind that the community development movement got underway with only philanthropic support, but ended up building a highly diverse funding base sufficient to keep the movement productive for more than three decades. The role, then, of community development will again be to find practical solutions to connect communities and capital.

It is equally important that the movement step up its game in telling the stories of what works for communities, making it clear that these investments have real impact on real lives. Too often, our political conversation drifts into abstractions. Effective story-telling and community mobilization remain vital to protecting the infrastructure that builds communities. For instance, LISC conducted a multiyear campaign during the Clinton administration to entice first Secretary of the Treasury Robert Rubin, then subsequently the President himself, to visit the South Bronx. Given the well-established reputation of the South Bronx as the ultimate urban wasteland, the eminent visitors were absolutely stunned and deeply affected by the scale of revitalization that was underway, and they confirmed strong support for the movement. In fact, Robert Rubin became chairman of the Board of LISC after leaving the Treasury, an office he still holds.

In closing, I must underscore the need to address an urgent threat to all the work we do to strengthen cities and improve the life chances of low-income Americans. The basic capacity of cities, states, and the federal government to invest in the future of this country is under assault. Without exaggeration, the United States faces a pivotal moment. A financial crisis wiped out trillions of dollars of real (and imagined) wealth created during a cycle of real estate speculation, the middle class faces stagnant wage growth, and our public school system fails to equip students to meet the demands of the 21st-century labor market. Yet while the crisis cries out for urgent action, our national politics remains gridlocked. Calls for smart public investment are drowned out by demands for budget cutting in the name of deficit reduction and assertions that government “is too big” or “does too much.” In this budget and political climate, there is an urgent need to fight to preserve the basic capacity of city, state, and federal government to invest in America’s future.

The current debate about public spending tends to lump all expenses together and call for their reduction. It fails to distinguish between maintenance investments, like Social Security or Medicare, and those investments intended to improve society for the future, like education, housing, infrastructure, the environment, energy conservation, and so on. My read of United States history is that such forward-looking investments have been crucial to the nation’s development at every stage. If we deprive ourselves of the ability to make these investments in our future, the consequences will be dire.