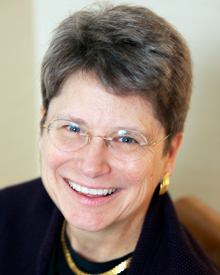 Single solutions by themselves will not work. Silver bullets have gone the way of the six-shooter, even though the legacy of that perspective remains in the segregated array of federal and local programs that were created to help low-income communities.

Ms. Andrews’ 30 years in community development include positions as Deputy Director of the Ford Foundation’s Office of Program Related Investments and Chief Financial Officer of the International Water Management Institute, a World Bank-supported development organization. Ms. Andrews also consulted for the Department of Housing and Urban Development and the Department of Treasury during the Clinton administration. She received an M.S. in Urban Planning with a concentration in Real Estate Finance from Columbia University.

What does it cost to build a great society? More pointedly, what does it cost to lose a great society? Since the War on Poverty began almost 50 years ago, investments in America’s communities have spurred those questions. Today we face a society more unequal than at any time since the Great Depression: almost every person knows at least one family member, neighbor, or friend in danger of losing a home, and the number of people living in poverty has grown by half in a decade. Today, a child’s ZIP code is one of the most powerful predictors of her future life—health, education, longevity…