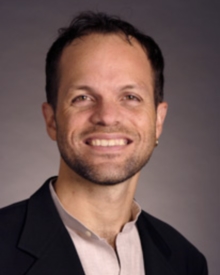 Where and how citizens invest their money is arguably as important, and as relevant for democratic engagement, as voting in government elections.

Xavier de Souza Briggs is associate professor of sociology and planning and head of the Housing, Community, and Economic Development Group in the Department of Urban Studies and Planning at the Massachusetts Institute of Technology. During 2009-11, Xav served as associate director of the Office of Management and Budget in the Obama White House. A former community planner, his research and teaching are about economic opportunity, effective democracy and governance, and racial and ethnic diversity in cities and metropolitan regions. His books include The Geography of Opportunity (2005), Democracy as Problem-Solving: Civic Capacity in Communities across the Globe (2008), and Moving to Opportunity: The Story of an American Experiment to Fight Ghetto Poverty (2010). A former faculty member in public policy at Harvard, he has designed and led major leadership development, strategy, and other training programs for change agents in the public, private, and nonprofit/nongovernmental sectors. Xav is a member of the Aspen Institute’s Roundtable on Community Change and other advisory groups and serves on the board of The Community Builders. His views have appeared in The New York Times, Salon.com, National Public Radio, and other major media.

Deep Democracy Is Not Meetings That Last Forever: Community Development Next

Community development has long been part industry, part social movement. At its core is an idea that American educator and philosopher John Dewey would have recognized but that many of today’s activists, entrepreneurs, and change agents sadly do not. It is the idea of deep democracy. For Dewey, this meant, first and foremost, the essence of community life—the public inventing and deploying the collective means to solve its problems…